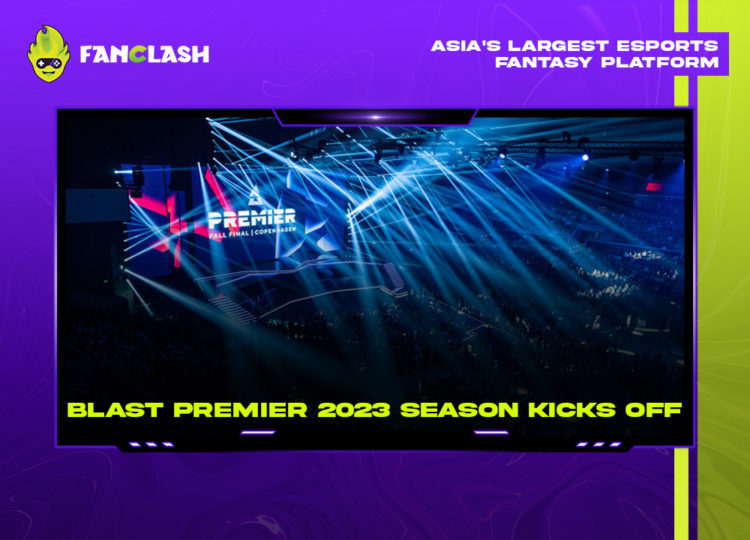 BLAST Premier is one of the major tournament circuits for CSGO. Here, the best teams of Counter-Strike from around the world clash to give the fans the CS actions they crave. The 2022 Blast Premier season finale concluded in December. With the start of a new year, there has been buzz about the 2023 season of BLAST Premier. Let’s see how BLAST is planning on kick-starting the 2023 season!

The 2023 season of BLAST Premier will start with the Spring Groups tournament. Spring Groups 2023 will begin on January 19 and run through January 29. It will take place in Copenhagen, Denmark.

The tournament will be an offline LAN event and is known to be S-tier CSGO tournaments.

The BLAST Premier Spring Groups tournament will happen in 3 stages.

This stage will have three double-elimination format groups. Each group will consist of 4 teams. The matches will all be best-of-one. There are no eliminations; rather, teams are promoted to the next level based on their performance.

The matches will be in single-elimination and best-of-three formats. The winners of this stage will move on to the Spring finals, and the other teams will advance to the Spring Showdown.

A total of 12 teams are participating in the BLAST Premier Spring Groups 2023 tournament:

The total prize pool of the BLAST Premier Spring Groups 2023 is 177,498 USD. The tournament’s top 6 teams will advance to the spring finals. The other 6 teams will move on to the Spring Showdown.

The distribution of the prize pool is as follows:

This tournament is an awesome opportunity for all fantasy lovers. You can win a hefty sum of money through the many contests that we are going to put out for you all. Like Fantasy Royale, it is the biggest contest on FanClash in which the winners get 1st prize of ₹1 Lakh or more. To play fantasy on Spring Groups tournaments, you can go into the CSGO sections of the FanClash app, select a match and create your fantasy teams with the players of your choice. And to help you through this process, we will be providing you with many tips and strategies. So that you can win like never before. Make sure to tune in to our blogs for all the tips on making your best fantasy teams!

You can catch the action of the Spring Groups event on BLAST Premier’s official Twitch channel. And to get an extra dose of BLAST Premier moments, hop on to their official YouTube channel.

Read more about Do Esports Have Recognition From the Government Of India?