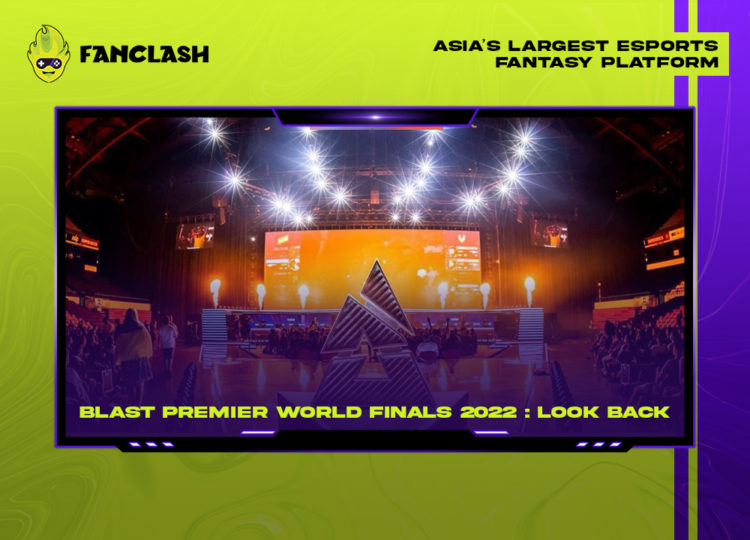 BLAST Premier is a year-long festival for all Counter Strike fans worldwide. It is the most anticipated Counter-Strike tournament series. Its goal is to elevate esports from just being competitive gaming to a whole new entertainment source for people. The 2022 season of BLAST Premier came to an end in December. The BLAST Premier World Finals were held at the Etihad Arena in Abu Dhabi, United Arab Emirates, from December 14–18.

The tournament consisted of eight teams from around the world. The competition was divided into two stages: the group stage and the playoffs.

There were two groups, which consisted of four teams each. The bottom-placed teams in each group were ejected from the tournament.

The two groups were:

BLAST Premier is well-known for their colossal prize pools, and the BLAST Premier World Finals were no exception. It had a prize pool of one million dollars, which was divided among the eight teams that qualified for the finals of this season.

At the end of the tournament, G2 Esports came out as the champions of the series by defeating Team Liquid and taking away the prize of $500,000.

CS:GO is one of the video games that pioneered the esports scene in India. It is a decade old but still has an active fan base in the country. CS:GO is incredibly fascinating owing to its action-packed and intriguing gameplay. This prompts the fans to interact with the game more proactively, where Fantasy comes in.

The BLAST Premier World Finals is the main event of a power-packed season. The season of 2022 gave the CS fans some of the most thrilling moments that kept them on the edge of their seats. And FanClash, with an active CS:GO community, obviously had to be part of this action.

The series had a total of 14 matches, with the best CS teams in the world battling it out. Throughout the tournament, FanClash conducted a total of 107 contests with a massive prize pool of INR 38,09,636. More than 167K people participated in total, with approximately 113K participants winning. Some FanClash users came up as fantasy pros. Each one of them won more than 1 lakh through a series of fantasy contests they participated in.

The BLAST Premier 2023 season will consist of the best CS:GO teams in the world. This season is kick-starting with the Spring Groups 2023 in mid-January and will end in December with seven tournaments throughout the year. BLAST premier, this year, is targeting higher broadcast hours than the last season. They have also made certain variations in the formats of the matches to make them more compelling. This season will also have grand prize pools, with the finals having the largest prize pool of $1 million. So, we are in for a whole year of vigorous CS action. During this whole season, FanClash will be there every step of the way. Download the app and play fantasy on major CS:GO tournaments of the year!