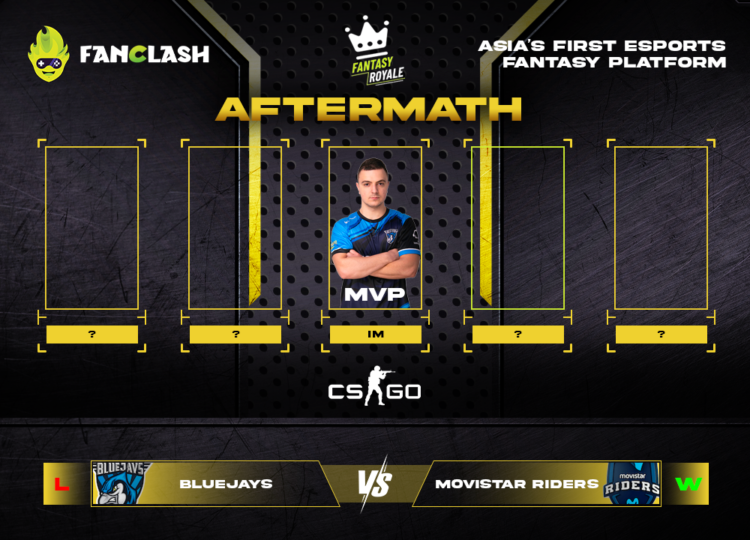 BLUEJAYS came out on top in a gruesome battle against Movistar Riders, with both maps going close and ending with a 16-13 scoreline. With this win, BLUEJAYS are now in the Upper Bracket semi-finals and will face the winner of the match between forZe and SAW. 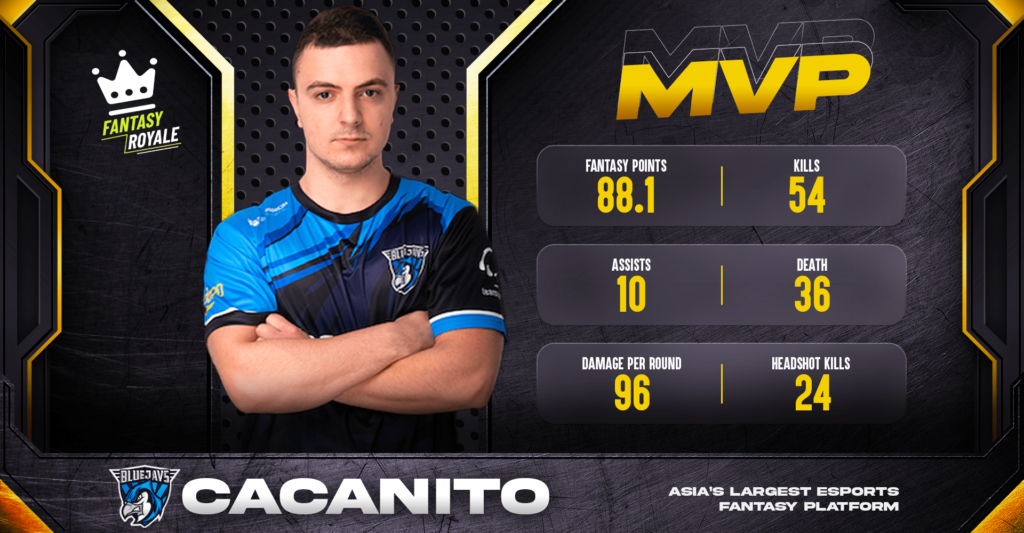 His performance earned him a fantasy score of 88.1 points on FanClash, making sure the users that picked him and even captained him would enjoy a healthy sum of fantasy points.

Even though cacaNito comes at a hefty price of 9 credits, his return of 88.1 fantasy points meant he was the most efficient in scoring for this FanClash Fantasy Royale at a rate of 9.8 points per credit.

stYleEeZ also provided a reasonable return with respect to his cost, adding 56.71 fantasy points at a rate of 8.21 points per credit. 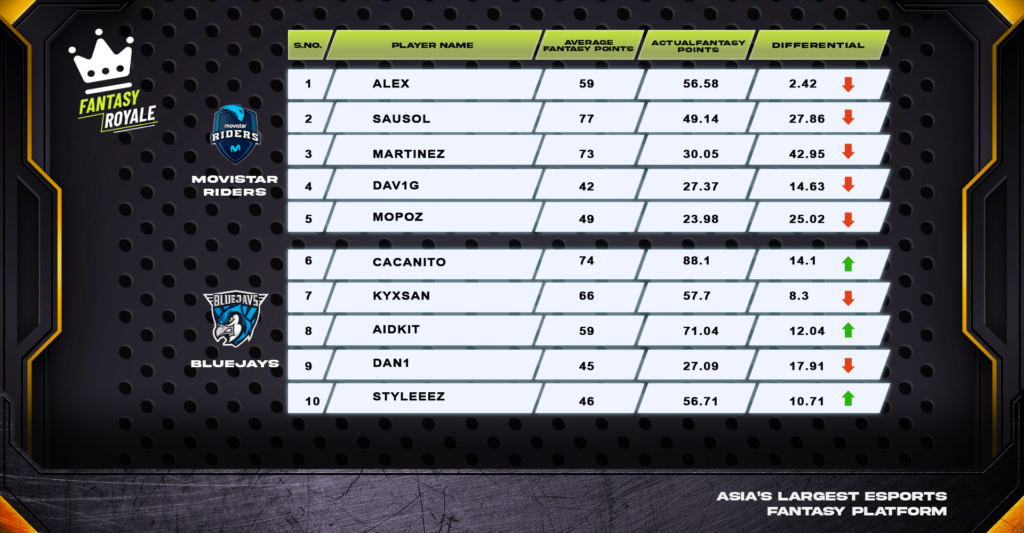 There were only 3 players that outperformed their average, with cacaNito, aidKiT and stYleEeZ all producing admirable performances in the 2-0 win for BLUEJAYS. However, cacaNito’s 88.1 points meant he scored 14.1 points more than his already high average of 74, making him the best outperformer of the day. 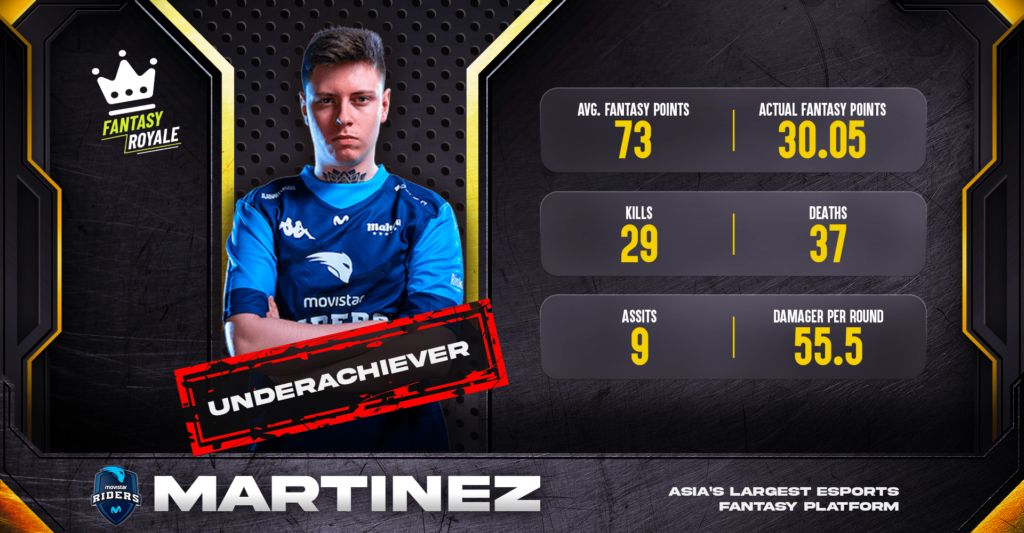 Martinez was expected to be part of the firing squad for Movistar Riders and ably support sausol and alex against BLUEJAYS. However, the young Spaniard was underwhelming and had a day to forget, recording just 29 kills and an ADR of 55.5.

This meant he scored 30.05 fantasy points, which is a decent tally but far far away from his 3-month average of 73 on FanClash.

The winning squad netted a points tally of 462.69, with as many as 28 users captaining and vice-captaining CacaNito and aidKiT respectively, with the boosters also getting activated on both players. alex and sausol’s additions were helpful as they were the best-scoring players on Movistar Riders. stYleEeZ was mostly taken as a filler but the gamble paid off, with the BLUEJAYS star returning a score of 56.71 fantasy points.

Looks like the users of the winning squads – there were a total of 28 joint-winners in this Fantasy Royale – hit the nail on the head, with his team amassing 462.69, the maximum amount of fantasy points possible in this Fantasy Royale. From the selection of players, captains, and even boosters, the users were immaculate in their choices.