by Abhigyan Singh
in Esports Tournaments
0 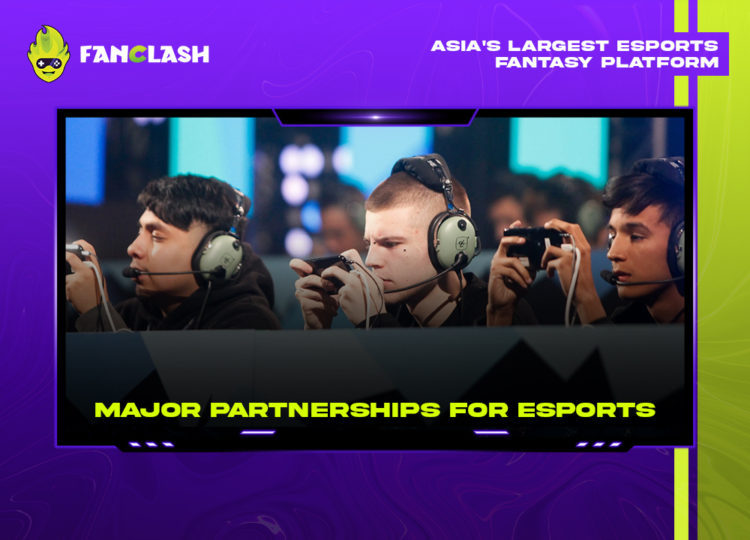 Sponsorships and branding deals bring in a lot of cash for Esports, just like they do for many other sports. With the support of sponsors and collaborators, the esports games business is where it is now.

It’s possible that the typical person doesn’t even realize how many different companies are sponsoring esports events. Still, if you’ve been keeping score, you know this has changed dramatically over the past few years.

Esports has been around for a while, but until recently, the only firms willing to support them were those already involved in video games, high-end technology, or the esports gaming tournament community. After a slow start, esports has quickly gained popularity, drawing in millions of viewers across the world. As an advertising option, working with them sounds okay.

This page should make it easier for you to keep track of some of the largest, most fascinating, and most significant esports sponsorships in the industry’s history.

Download our app to get started with your fantasy esports journey today.

Most recent sponsorships at the top:

ByteDance, the firm behind the viral app TikTok, is significantly pushing into the competitive esports games and esports industries. It was only last month that they announced their alliance with Enthusiast Gaming, the leading gaming media platform in North America and the United Kingdom.

The renewal of their cooperation deal will make Betway the official major partner for PSG. LGS. PSG Esports and the Chinese organisation LGD Gaming have formed a cooperation to run a DOTA 2 esports team. Betway will take on a more comprehensive role as the esports organization’s official betting partner.

The most exciting sponsorships in esports

Guild Esports, an organisation based in the United Kingdom, recently signed a two-year sponsorship arrangement with the global sandwich chain Subway. The 55 European, Middle Eastern, and African markets are included in the multi-million-pound pact. When Guild’s new London headquarters debuts later in 2021, Subway’s name and logo will be prominently displayed on team uniforms, in all branded content, and throughout the building.

This is a significant deal for the young esports organisation. With this game-changing acquisition, their worth and funding will skyrocket. It will be strange to see Subway logos on their clothing and media.

Read more about BLAST Premier Spring Groups 2023: Format, Team And Where To Watch

The Spanish esports organisation Vodafone Giants has teams competing in six games, including League of Legends and FIFA. The lollipop manufacturer Chupa Chups has struck a sponsorship partnership with Vodafone Giants. As might be expected, this is Lollipop’s first foray into competitive video gaming.

One more of esports’ strange and intriguing food sponsorships. Babybel, a cheese snack brand owned by Le Groupe Bel and a fixture of school lunches everywhere, has signed a sponsorship agreement with the Spanish organisation Team Heretics, marking the company’s official debut in the competitive electronic sports business.

They’ve been adopted as the official cheese snack of the group. Babybel is making its first foray into the competitive esports gaming tournament industry with this effort. As part of the agreement, Team Heretics and Babybel will work together to spread awareness about the importance of maintaining a balanced diet and regular exercise while playing video games.

The Esports industry and subculture are expected to grow in the coming years, supported by data and a seemingly unstoppable cultural trend. If you haven’t heard anything about eSports yet, give it some time and look at FanClash. The phenomenon will inevitably expand across geographical and cultural boundaries.