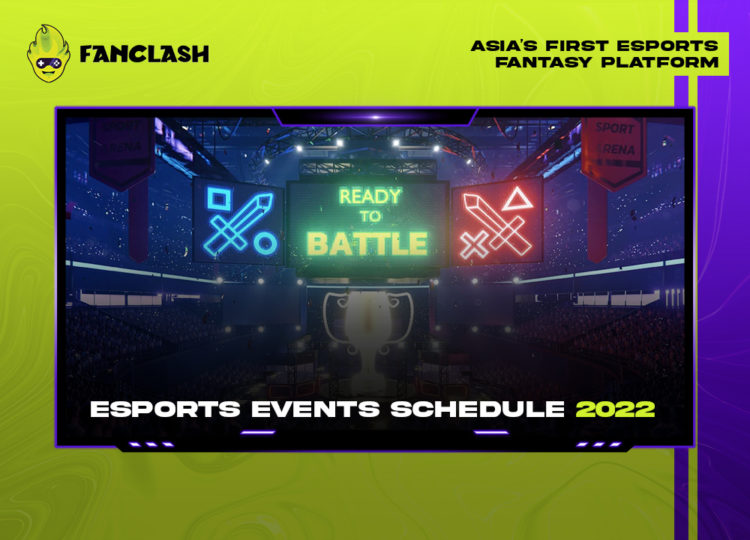 The online gaming industry has been on a tear lately and the growing popularity of Esports events and tournaments has taken it by storm. The year 2022 has been quite an eventful year for the Esports industry as it has seen a tremendous amount of growth throughout this year. Major tournaments took place during the year, which has shaped the industry into a vast entertainment platform and a medium to make money. With just one and a half months remaining for the year to end, we would look at what major tournaments are left for the year to happen.

Since 2020, when Valorant came out of its closed beta version and became available for gamers all around the globe, it has become one of the most popular games among professional gamers around the world. Built on the world’s most open and advanced real-time 3D creation tool, Unreal Engine, and developed by Riot Games, Valorant is among the top 5 most popular games in the world right now. It is a tactical shooting game that involves two teams of 5 players each and a 25-round long game where the team winning 13 games is declared the winner. Throughout 2022, Valorant has been part of many major tournaments, and the biggest one is upon us.

The most popular esports game is, without any surprise, PUBG, and its popularity graph is just rising every day. PUBG has already hit 1 billion downloads, making it the most downloaded mobile game ever. It conducts many esports tournaments throughout the year, and several major tournaments are yet to take place. Two of the most awaited ones are mentioned below.

It is popularly known as CSGO, and it’s arguably the most popular and trending game throughout the last decade. CSGO was released in 2012 and became the most talked about thing in the world, and its popularity is still unfazed. The kill-or-be-killed style of the game is loved by gamers around the world, which is why it is currently the fourth most popular game in the world. Let’s have a look at the major upcoming events.

A game that has taken the gaming industry by storm and is solely responsible for popularizing virtual concerts, and it was released just five years back in July 2017. Currently, it has over 257 million users and around 4 million concurrent players, making it the third most popular esports game in the world right now. Let’s have a look at the upcoming events of the popular game.

Read more about All You Need To Know About Valorant: A Beginner’s Guide

Another world-class game developed by Riot Games, LoL is one of the most popular games in present times, especially in the Asian circuit; LoL has over 150 million registered gamers. The most important event for the League of Legends is the World Championship, it’s the final clash between the best teams at the end of the year and it is also the grandest Esports competition. Let’s take a look at the upcoming events of LoL.

A multiplayer online battle arena, Dota 2 was released in 2013, and although it’s an almost decade-old game, it is still trendy among esports gamers. Dota has around 500k to 700k active users; let’s look at the future esports tournament.

Esports tournaments are entertaining and engaging both for the players as well as gamers, but it becomes more interesting when we combine them with fantasy esports. Now you can create your own fantasy team with FanClash and, join major contests & tournaments, and win exciting cash prizes.