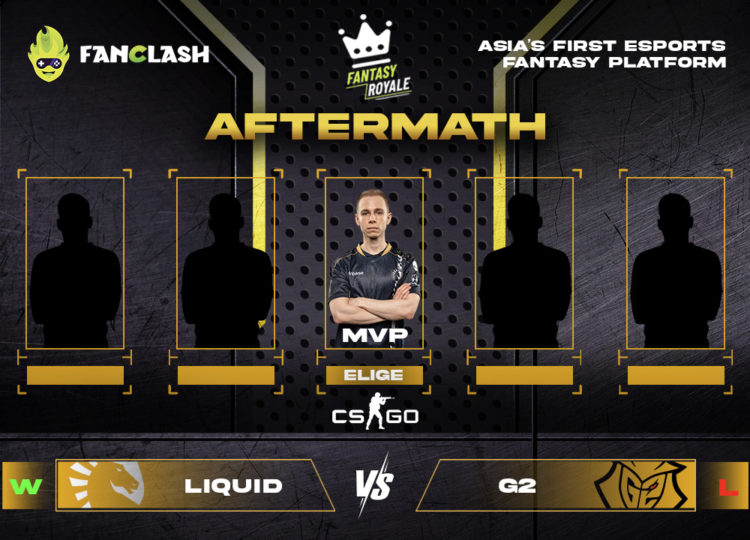 Team Liquid moved on to the Winner’s bracket of Group B at the BLAST Premier Fall Finals 2022 with a quick 2-0 win (16-7 Vertigo, 16-14 Mirage) over G2 Esports. The North American squad dominated the first map while mounting a comeback from 6-12 on the second to finish the series in two maps. They will now face Natus Vincere in the Upper Finals of Group B while G2 moves on to the elimination match against Fluxo. 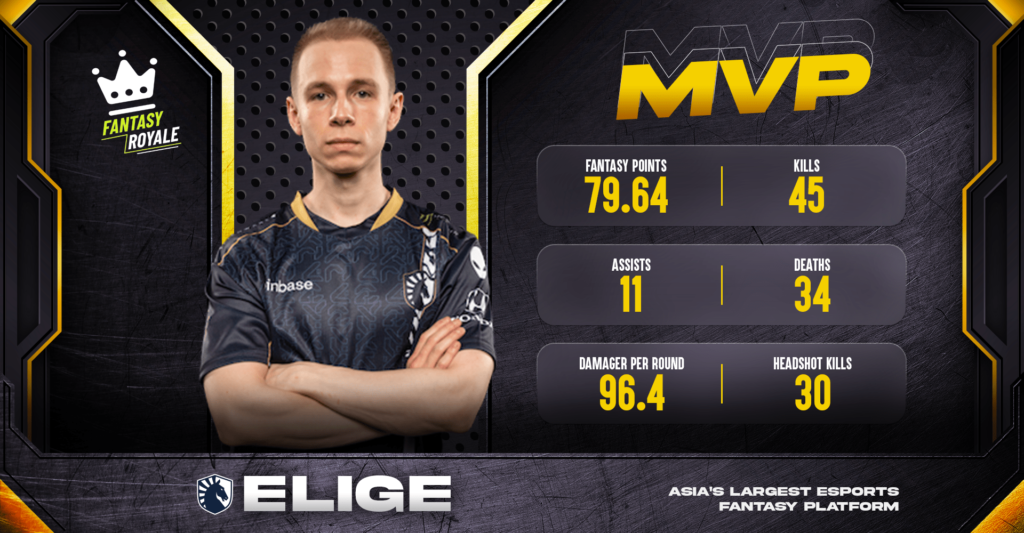 A lights-out performance from EliGE on Vertigo set up Liquid nicely to close the map out with ease. A 30-kill map with an ADR of 123.7 ensured EliGE pocketed more fantasy points than YEKINDAR, although only by a narrow margin.

EliGE scored 79.64 fantasy points for his performance during the match and will be looking to continue his good form as Liquid face Natus Vincere next.

There was no looking past EliGE for this. Costing just 7.5 credits, EliGE scored 79.64 fantasy points, which comes at a rate of 10.62 points per credit. YEKINDAR came closest, netting 71.92 fantasy points at the cost of 8.2 FanClash credits.

There were no standout overperformers in the match, with a few players doing slightly better than they usually do. G2 had their IGL HooXi put up a good display, with 42.54 fantasy points, which is 6.54 points more than his 3-month average.

However, EliGE’s score of 79.64 fantasy points meant he outperformed his average of 67 by 12.64, making him our surprise performer for the match. 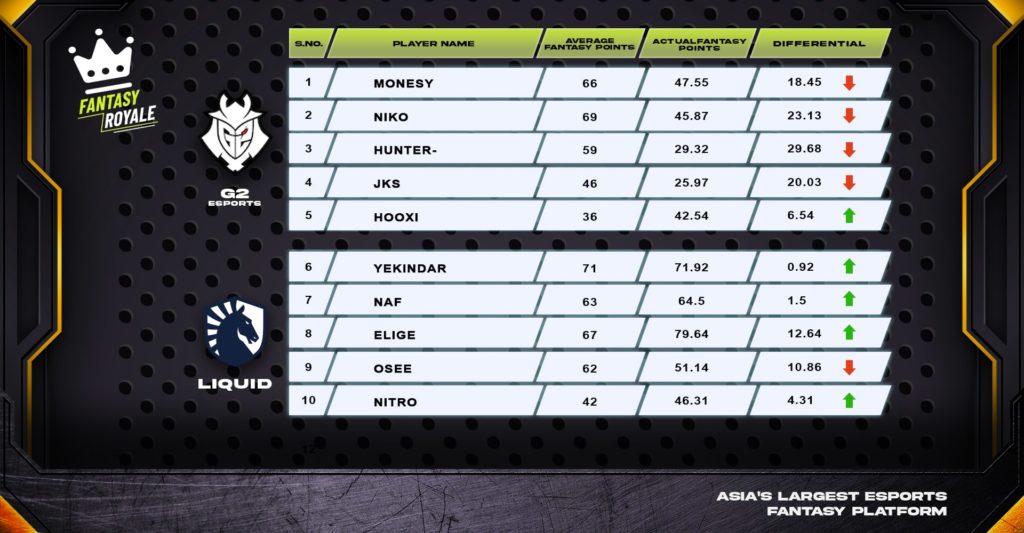 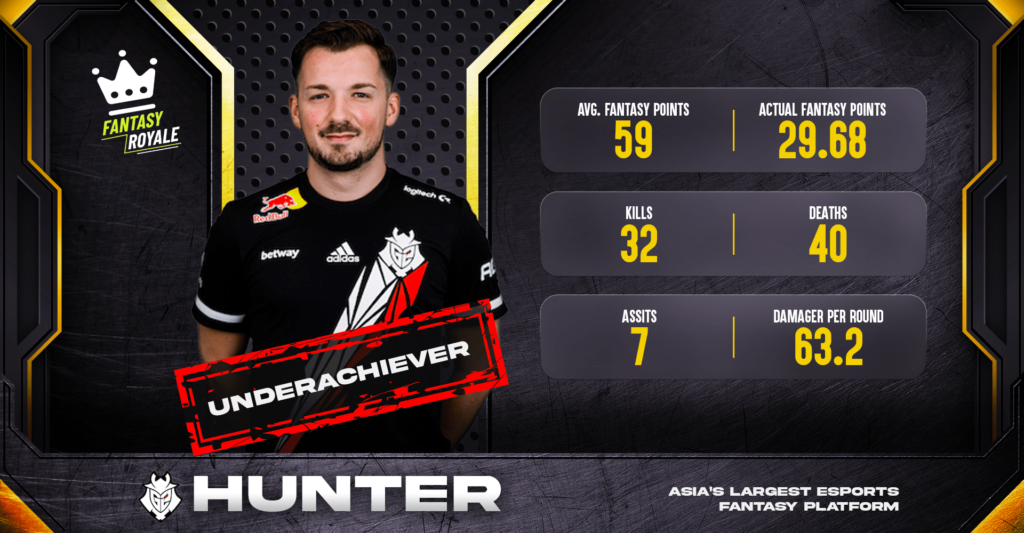 A rare off-day for huNter-, who had forgetful Vertigo, especially during the second half. Overall, huNter- ended the match with just 32 kills and an ADR of 63.2, something you don’t come to expect of the 26-year-old.

His fantasy score of 29.32 points for the match was way below his 3-month FanClash average of 59, making him the underachiever of the series.

The winning squad managed to net a total of 439.25 fantasy points, largely thanks to EliGE and YEKINDAR’s performance on the day. The decision to prioritize captaincy on EliGE over YEKINDAR paid off for the user while m0NESY and NAF justified their place on the user’s FanClash team.

The decision to opt for the “Heads are all I see” booster on EliGE turned out to be accurate, with the Liquid rifler hitting 30 headshots over the two maps. YEKINDAR also activated the Frag Leader Booster, ending the match with 48 kills, the most among the 10 players on the server.

The likely filler, HooXi, mainly picked to allow the user to accommodate NAF, m0NESY, EliGE, and YEKINDAR proved to be a wise choice, with the G2 IGL overperforming and netting more points than usual.

As it stands, the winning squad managed to optimize all possible combinations and variations available, with their squad and other choices being identical to the best squad possible from the match, according to the outcome.