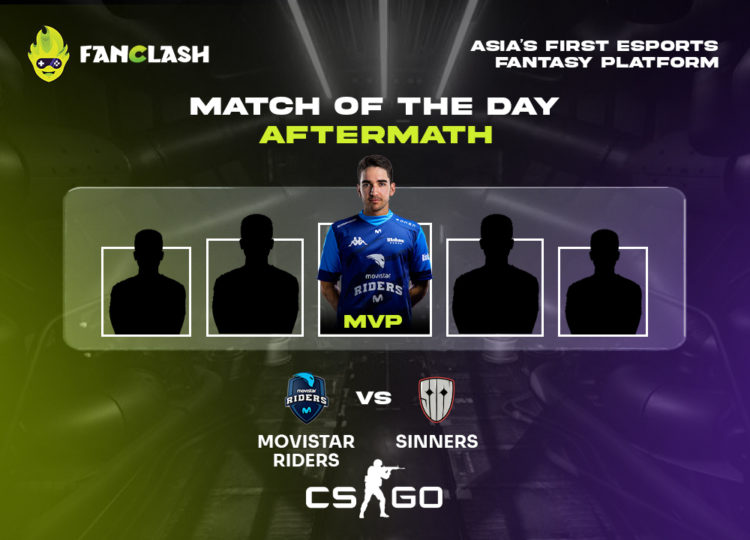 The Upper Bracket Round of 16 fixtures of the European circuit of ESL Challenger League Season 43 saw Movistar Riders and Sinners square off. The Spanish squad though, proved to be too powerful, making a comeback to win the series 2-1 (12-16 Nuke, 22-19 Ancient, 16-6 Mirage). sausol was the star for Movistar Riders, especially on the CT side, ending the series with a CT-side rating of 1.49 and a positive Kill/Death Differential of 25.

There is no looking past sausol for this match. The 22-year-old absolutely dominated the server, finishing the series with the highest kills (80) and the best ADR (89.7) among the 10 players.

The Movistar Riders star scored a whopping 125.47 points for the users that picked him in their Fanclash Fantasy team, with a chance for more as he hit several boosters available to be applied.

More often than not, there are players other than the MVP that proves to be more economically effective. However, coming in at just 7.7 credits, sausol’s scoring rate of 16.3 points per credit was miles ahead of everyone else’s and the highest we have recorded in recent times at FanClash.

The Movistar Riders star not only scored more points for the FanClash users but did so more efficiently than all other players.

Again, sausol bagged the title of being the overachiever by a mile. The 22-year-old averages 66 points a game on FanClash, which is already a high average. However, against Sinners, his tally of 125.47 meant he overperformed by 59.47 points, a margin greater than everyone else who performed beyond their average.

There were only three players who performed below their average on the day, with even Sinners players scoring a neat amount of points for their users. Mopoz and forsyy fell just shy of their usual points return.

But, the underperformer of the day was ZEDKO, who scored 56.84 points – 11.16 below his average of 68 points. As far as the game is concerned, it was mopoz who had the least number of kills (48). However, the Movistar Riders star usually scores nearly the same number of points he managed in this match, making ZEDKO the biggest underperformer in this case.

Three squads were tied at the top, with the winning squads netting a return of 615.88 points, thanks in large to captaining sausol and hitting the applied booster. The choice to make Martinez the vice-captain also paid off while Zero and SHOCK, the best-performing players from Sinners made sure the squad scored a hefty number of points.

Coincidentally, the three winning squads that were tied at the top proved to be the optimum squads as well, with 615.88 the maximum possible points tally according to all permutations and combinations.

Looks like the competition is getting tougher with every passing day.