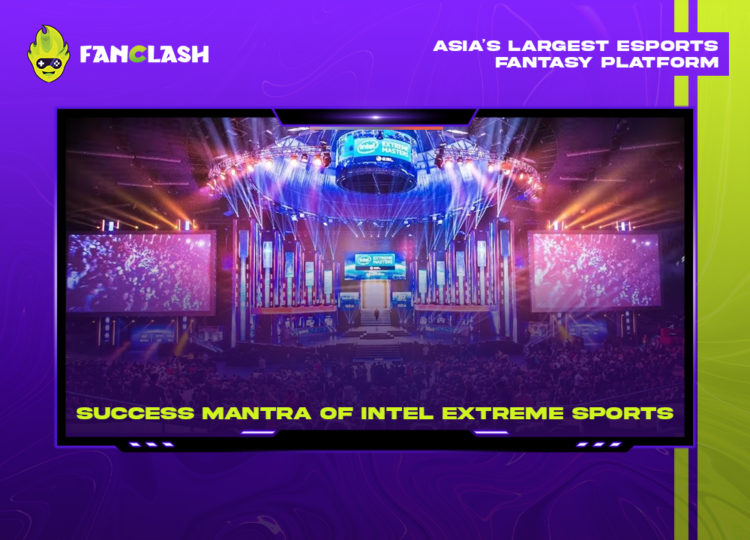 Really, the esports explosion has started in the past few years. Riot established the LCS to increase interest in esports, followed by Valve’s entry into the market with Dota 2 and CS:GO, which grew their already established viewers to greater heights to increase the number of esports fans.

At this point, every business under the sun wants to be involved in the esports industry. International sports organisations are hiring esports players, VC firms are investing millions in teams, and more and more well-known companies are sponsoring groups, competitions, and athletes.

The Intel Extreme Masters is the longest-running esports tournament series in esports history. The senior brand manager of the IEM provided the inside scoop on the legendary and long-running cooperation between ESL and Intel.

On the professional gaming calendar, this Intel Extreme Masters event series is arguably the most prestigious and well-known esports gaming tournament. Players from all over the world play in a series of esports tournaments held in various locations, including China, South Korea, and California, with the grand final taking place in Poland.

The Intel Extreme Masters, which are sponsored and sanctioned by the Electronic Sports League (ESL) and sponsored by Intel, feature all the most popular and top-tier professional video games, namely CS:GO, League of Legends, Hearthstone, etc.

The Intel Extreme Masters’ essential beliefs and guiding principles have not altered throughout the years, despite the tournament’s size and game format changing. The top competitors in the top games compete inside the IEM for the title of IEM champions—and, of course, a pile of cash. IEM has grown into a titan in the esports industry because of its straightforward yet successful concept, which has withstood the test of time.

The IEM staff is larger than ever. They’re only growing more skilled, and they base their choices on input from fans and on observation of competing events. They want to create something that their audience will only receive from IEM by emulating the finest elements and avoiding the worst.

Quite a few offline qualifiers are used at IEM. For the areas of Southeast Asia, North America, and Europe, qualifying was held during Season 5. In two groups of six, the competitors who proceed to the finals are placed. Each group’s top performer advances straight to the semifinals, while the runners-up and third-place finishers go to the quarterfinals.

The concept of IEM came into existence in 2006, when it saw an opportunity to expand outside Europe. IEM then started with North America, which is potentially fertile ground. In 2007, a format was established, and the final took place at the German computer fair CeBit.

The only game offered in the first season was Counter-Strike. But the tournaments have increased and brought top esports teams from Asia, Europe, and North America.

Lastly, The Intel Extreme Masters’ eleventh season featured competitions in Shanghai, Oakland, Katowice, and South Korea for the very first time. The decisive stage in Katowice was spread out across two weekends.

The IEM are still getting better. While the rivalry among the LoL and Starcraft players is still heated, the IEM CSGO teams continue to perform strongly. There will undoubtedly be additional cities, competitions, and prize money in the upcoming years.

This concludes that IEM has been and will be a huge success in the upcoming years due to its diversity and broader approach for players all around the world.