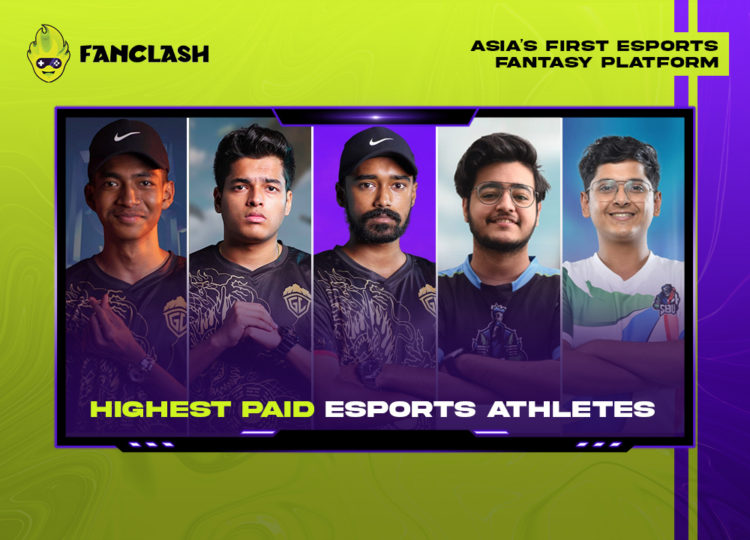 The pace of technological development in the period we are living in, history is at an all-time high, and we are witnessing the entry of many new platforms where people can make money. Fifty years ago, nobody would have imagined that one could make money while playing video games, but Esports games have certainly made it possible. Esports has emerged as one of the most popular industries in the last decade, and over the previous five years, it has generated an enormous amount of revenue globally. The Esports industry has been valued at over 1.38 billion U.S. dollars for the year 2022, and it is expected to grow to as much as 1.87 billion U.S. dollars by the year 2025.

Today the Esports industry is attracting over 530 million views worldwide, and it is expected to surpass the 600 million mark by the end of 2025. These astonishing figures are evidence of the success that the esports industry has achieved in recent years, and what’s more astounding is that these numbers can go even higher.

Now that we talked about the growth of the esports industry, it’s important to also know about the personalities responsible for its popularity. Yes, we are talking about the esports players that have taken this incredible platform to the next level. Esports tournaments have provided a platform to these players where they can make a career and earn a very handsome amount of money. The topmost esports players in the world, like Johan “N0tail” Sundstein, Lee “Faker” Sang-hyeok and Peter “dupreeh” Rasmussen have made over 3 million USD in a span of 3-4 years. In the article, we will take a look at the-

Vivek Aabhas Horo, popularly known as ClutchGod is the highest-paid gamer in the country at present. The 19-year-old talent hails from Jaipur, Rajasthan, and he is one of the best PUBG players. Vivek has previously played for one of the biggest esports organizations in the world, TSM and is currently playing for GodLike Esports. He has made over USD 85k in his career playing in various esports tournaments.

Jonathan Jude Amaral is one of the best Battlegrounds Mobile India and PUBG Mobile players in India right now, and he plays for GodLike Esports. Jonathan is also quite active on YouTube and has around 4.80 million subscribers on his channel, making him one of the highest-paid esports players in the country. Over the years, his net income from Esports tournaments is well above $81k USD.

Suraj Majumdar is another top-class gamer who plays for GodLike Esports and is considered one of the best Battlegrounds Mobile India players. He is among the most popular gamers in India, he has represented India in several international tournaments. He has made around USD 80k by winning several esports tournaments.

Yash Soni is popularly known as Soul Viper, and he is the fourth highest-paid esports player in India. He plays for Team Soul, and he is among the earliest esports players in India and has represented India in several esports tournaments across the globe. He is also quite popular on social media, and his net earnings from esports tournaments and events are over USD 68.

Naman Mathur, popularly known as Mortal, is hands down the most popular esports player in India. He has over 7 million subscribers on YouTube and over 5 million followers on Instagram. Mortal is one of those players who made online gaming and esports popular in India. His popularity on streaming platforms skyrocketed like a cult, making him the most popular gamer in the country. He has even won several awards and accolades. His net income from esports tournaments and events is over USD 66k.

Over the past few years, Esports tournaments have given a platform to many young and talented gamers in the country to make a solid career in the industry. With the involvement of money, esports has become one of the most lucrative career options for the future. Now that esports is booming, many companies have entered this industry and are providing a platform for gamers to take part in tournaments and win cash prizes. And not just that, one fantastic addition to the esports industry is fantasy esports, a platform where viewers can also create their teams and join contests and can win cash and exciting prizes.