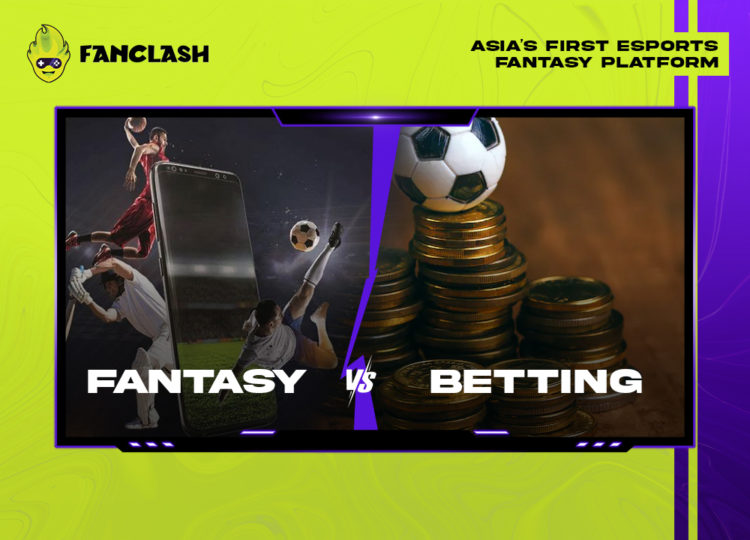 Over the past few years, we have seen an exponential rise in fantasy sports, an industry that is expected to rise up to 40.6 billion USD globally by 2026. India also saw a sudden rise in esports gaming and fantasy sports after the internet evolution brought in by telecom company Jio. With the rise of the gaming industry, the introduction of fantasy sports into the esports gaming tournaments and other online games was no surprise, and the long haul of covid-19 pandemic ensured its growth big time. Companies like FanClash have emerged as one of the best platforms for Esports Fantasy.

What is Fantasy Sport?

History suggests that Fantasy sport was first launched in the early 1960s in the US based on football games. Fantasy sports is somewhat similar to a stock market; it is an online gaming platform where the participants rally up and create a virtual team of real players of a particular professional sport.

Decoding the popularity of Fantasy Sports?

In a research conducted in Europe and North America, a small chunk of online gamers was asked, “Why do you play fantasy sports?” and the most common responses were :

Based on the survey, we can agree to the conclusion that fantasy sports are more of an interest than anything else. Without any doubt, the involvement of cash prizes does make it more interesting and intriguing, but the whole purpose of playing these games still revolves around entertainment.

In the last five years, Esports has emerged as one of the hottest things in the market. Basically, these are organized video-gaming competitions that can be referred to as esports gaming tournament that features amateur and professional video gamers competing against each other. The esports tournaments can vary from different categories, which include fighting, shooting games, and Multiplayer Online Battle Arena.

Now, the involvement of fantasy gaming in the Esports industry has made it a deadly combination. Entry of esports fantasy gaming platforms like FanClash has made it more and more engaging for players as well as spectators. Both industries have emerged as key drivers for economic growth and technological advancement by creating direct impact by creating future-ready jobs and sources of modernized employment.

The debate around the legality of Fantasy Sports

Right from the time when fantasy sports started to prosper in India, the debate around its legality entered the scene. Many started considering it as a gamble or betting, and multiple cases were lodged against a top fantasy sports platform; however, after a number of hearings, several high courts and even the Supreme Court upheld its legality making fantasy sports legal in India. However, there are several states like Assam, Sikkim, Nagaland, Andhra Pradesh, Odisha, Telangana, and Tamil Nadu where it is still not legal.

Understanding the difference and way forward

Fantasy sports are categorized as the game of skills as it involves skill factors such as knowledge, expertise, judgment, strategy, and understanding of different dimensions of the game. On the other hand, betting is purely based on the outcome of a real-life event, and in a way, it is all about luck, while fantasy sports have nothing to do with luck.

Betting is cashing in money on the outcome of a game, race, or other unpredictable events, it is a kind of gambling that involves two parties who verbally agree to bet a certain amount of money on any live event. When one party loses, he has to forfeit the amount of money or even any property that he agreed upon during the bet, moreover, there is no amount of skill or knowledge required to engage in betting. While on the other hand, one should have knowledge about the particular sport, familiarity with players and their current form, the format of the game and how it’s played, and many more elements which require understanding. The final outcome achieved by a participant in a particular fantasy sports game has no relation whatsoever with the actual outcome of the game in real life.

Fantasy Esports is a unique concept that offers users the opportunity to engage in video gaming events by creating their own teams and then joining major tournaments through paid and free contests.

Participants can enter a live contest and create their own fantasy team by analyzing the past performances of Team A and Team B players and selecting desired players from both teams. Once the live game starts, the points of particular players are calculated based on their performance in the actual game, and a final point is calculated after the game ends. The participants then get ranked based on their total points.

FanClash is one such platform that offers an amazing experience of fantasy gaming, a place where you can create your own fantasy team and join live gaming contests like PUBG, Free Fire, Valorant, Call of Duty, Dota 2, CS GO, and much more, one can also win cash prizes and exciting rewards.